[Subaru: So, Puck hasn’t shown his face yet, after all?]

[Emilia: No, he hasn’t. I do call out to him, and I still feel his existence inside the crystal but…… this is the first time he has gone missing for this long, so I’m kind of worried.]

In the smoothly galloping dragon carriage, sitting together, only Subaru and Emilia’s voices resounded in the car.

Under the Divine Protection of “Wind Evasion”, the sound of the wind and all the noises outside were almost completely cut off from the dragon carriage. Even while running with such great speed, the near absence of turbulence or sound all made it feel like being in something of a dream.

Perhaps, this was the same luxurious feeling that might be felt while riding in the premium seats of the Shinkansen Bullet Trains, but Subaru never had a chance to experience those seats, and not even the normal seats, for that matter.

Anyway, in the quiet interior of the carriage, the words exchanged between them can be heard crisp and clear. And here, the topic of their conversation drifted to the change that had been bothering them for the past few days —— namely, the absence of the one that was usually by Emilia’s side, that father-figure cat who was always thwarting Subaru’s advances on Emilia… Puck.

[Subaru: Now that I think about it, he had not shown up since before we returned to the Mansion… The last time we saw him was…]

[Emilia: For me was it in the Capital City, when we were in Crusch-sama’s Mansion. I thought everything was very normal, but I couldn’t meet him again after that morning. Even when I call him, he doesn’t show up…… I was worried if I had made him angry or something]

Looking down, Emilia played with the tips of her hair, trying not to show her face to Subaru. These few days, her silver hair had been fixed in a braid.

Seeing Subaru stare at her, as if understanding the intention behind his gaze, she nodded [Yes],

[Emilia: The final contract I made with Puck the last time I saw him was “Keeping my hair in a braid”. After that, I had not been told what to do, so I kept it as it is.]

[Subaru: Your hairstyle is your contract with Puck? Really? That’s really light…… isn’t it? Although, it’s said that hair is the life of a woman, so that’s as if Puck’s contract is holding a life…]

[Emilia: I think that is a reeally light price to pay. I didn’t know this until I got out of the forest, but for getting into contract with a spirit like Puck, conditions like this one are way too light. Roswaal was also very surprised. In reality, you apparently need to have humongous amounts of Mana or complicated terms]

Seeing Emilia loosening the corners of her lips as she said this, Subaru nodded as if thinking of something. But then, he quickly lifted up his jaw to shake Emilia off of her weakened smile,

[Subaru: Well, for restricting even a little bit of Emilia-tan’s time, for me, I would say that is a really heavy price]

[Emilia: Lines like that, if you keep saying it so lightly it would become superficial. If it was something important then it would be better to keep them for important timings, I think]

Emilia voiced her objections at how Subaru was finding more and more ways to flirt. On the other end, Subaru slightly raised both his hands and shook his head,

[Subaru: The secret lines reserved to tell Emilia-tan in important scenes are kept separately. This one was for daily life, one of the many lighter things to say to Emilia-tan]

[Emilia: Really, Subaru, you have a silver tongue. ……Oh no, maybe my face is red so don’t look!]

Seeing Emilia suddenly hold up her palms to cover her face, Subaru laughed, confirming he got what he wanted. And, trying to bring the conversation back on topic, he continued with [Well…]

[Subaru: Since Puck is absent, there are some serious concerns in the combat aspect of this trip. We can’t rely on Otto for fighting, and I’m obviously no good at all. And, Emilia-tan is also not as tough without Puck, right?]

[Emilia: Oh, you say things like that, huh. But I’ll have you know, I can still use magic when Puck’s not here. It’s not just Puck, I have contracts with micro-spirits too. I have no problem communicating with them, so I can fight. I will protect you no matter what happens.]

[Subaru: Oh no, so manly… That’ll mean I’m way too pathetic, aren’t I… Those words, I myself will eventually say them to Emilia-tan one day, so please wait]

[Emilia: I’ll be waiting without any expectations]

As if proving Emilia’s words, coming nearer, and gathering closer onto Emilia’s fingertips, the micro spirits appeared drifting, shining. While they looked like Julius’ demi-spirits, their existences seemed weaker in comparison —— and though their power was a world away from Puck’s, at least, they certainly didn’t appear to be a collection of defenseless beings.

The only girl in the group, and the one he has a crush on, no less… having to rely on her for protection would really be embarrassing…

[Subaru: That said, my reliance on other people hasn’t changed much since the battle with the White Whale. I was completely dependent on Rem then, and even before that……wait, was there never a time when I worked everything out on my own!?]

Of course, that was the story from his perspective, and it might have been too much of an undervaluation.

But in any case, since there was no one with enough information to find fault with this conclusion, Subaru’s horrified reaction upon realizing all this was just passed off.

[Subaru: Well, Sanctuary, huh. Actually, what kind of a place could it be…]

After a bit of self-reflection, he gazed out at the scenery outside through a little window, muttering this under his breath.

Right now, to Subaru, the Sanctuary was a place of absolute unknown. The sound of the name itself did not give off a very dangerous impression, but Frederica’s warnings as she spoke of the Sanctuary weighed heavily his mind. Out of those words,

[Emilia: You hadn’t met him yet either, right, Subaru? I have only heard the name too, and Frederica didn’t tell me in detail either]

As if following Subaru’s mutterings, Emilia’s neat eyebrows narrowed anxiously as well. The scene that emerged in her mind, was probably the same as the one in Subaru’s.

The scene of Frederica’s warning, to be wary of the man named Garfiel but refusing to say any more.

Even when Subaru voiced his dissatisfaction at the tiny amount of information he had been given, she only stubbornly rejected, saying [It is because of my Oath], and would not say another word. Emilia and Subaru, not knowing what to do, did not push her further.

[Subaru: I really should’ve gotten more out of her… Knowing full well he’s a dangerous character, she’s sending us there with only a name, it’s just too much]

[Emilia: It can’t be helped, it’s an Oath. Agreements are Holy and Inviolable, never to be breached. Contracts and Oaths and Pacts, though they vary in gravity, must all be kept equally]

Swinging her raised finger, Emilia recited this to Subaru as if instructing him.

Contracts and Oaths and Pacts, like a word-game they flew into his ears, and the question suddenly coming into his mind, he let it slip from his lips,

[Subaru: So, between Emilia-tan and Puck is a Contract. Between Frederica and Roswaal is an Oath out of moral obligation. And then, the agreement exchanged between the Dragon and the Kingdom, is a Pact…… am I right?  Or did I get something wrong?]

[Emilia: It isn’t separated out so distinctly, but as I understand it, Contracts are between individuals, Oaths are made when one party swears to another, and Pacts are agreements that transcend individuals, and transcend even Time… That’s how I was taught, at least]

[Subaru: I see. It does fit that understanding of it…]

Nodding to Emilia’s explanation, Subaru proceeded to violently scratch his head, and continued with [But still],

[Subaru: It’s adorned with such lofty words, though… Agreements are Holy and Inviolable, right?]

[Emilia: Agreements…… Promises are important things. Of course, Oaths, and even Contracts have no force to protect them. It isn’t there, but still, we keep promises. We work hard to keep them, right? Even if no one is watching, or no one realizes it, Promises are kept. Whether it’s the other person or myself, we would do our best to keep it]

Holding her hands to her chest, Emilia locked her gaze on Subaru, who had asked the question so lightly. The tone of her voice was gentle, and there was no sense of blaming him… but his heart hurt all the more because of it. 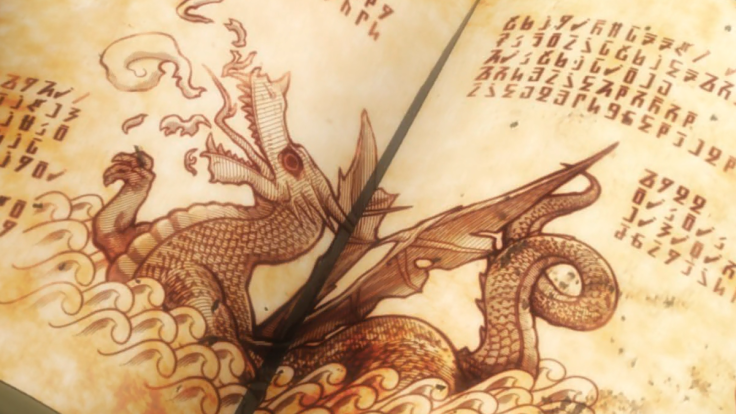 I need to get to work now, so I’ll release this as a half segment so you guys have something to read today!! >_<