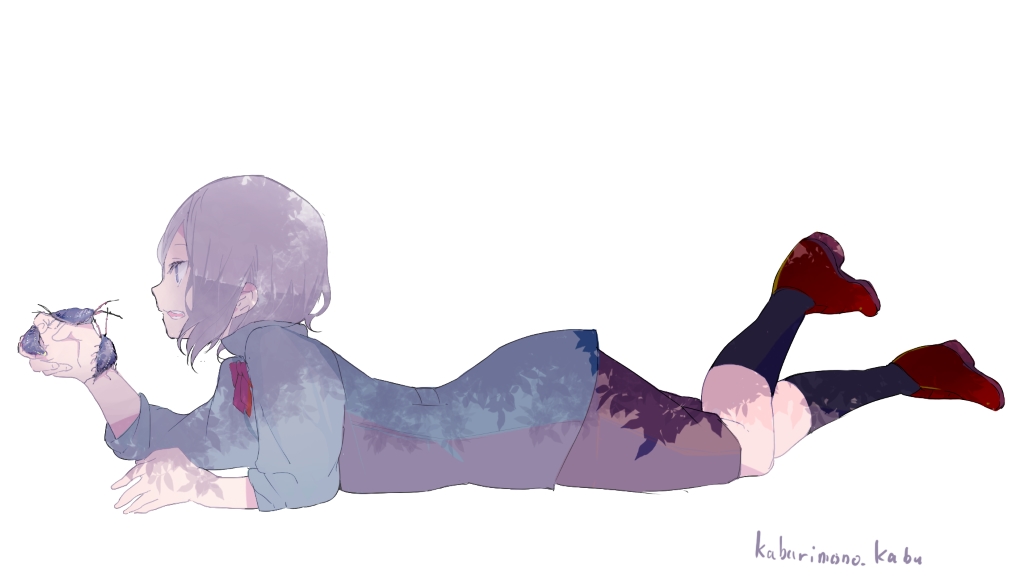 ――For the young Otto Suwen, the world was like a cradle of hell.

No matter where in the world young Otto went, the voices always followed.
Day after day without respite, the eternal echo of their discordant chorus, that useless infernal concerto, remained Otto’s constant companion.

――How could everyone live in such a noisy world like it was nothing?

In a hell where he couldn’t properly understand anyone around him, Otto asked himself that question.
His parents would hold him up and cast him words of affection, smiling. But no matter how much love was abound in those words, the dissonant clamour would consume them, never allowing them to reach Otto’s ears.

When his parents noticed that something was different about their son, they immediately took him to a doctor.
He wouldn’t laugh, wouldn’t scream, and wouldn’t cry. This utter lack of emotional expression was because all external stimulus felt the same to Otto.
And so, in spite of his worried parents, Otto spent his early childhood in emotionless indifference.

Perhaps it was fortunate that the Suwens was a middle-class merchant family wealthy enough to send their son to the doctor’s.
But none of the doctors could figure out what was wrong with Otto. Well, naturally. Since all Otto had in terms of symptoms was deafness from the excessive noise.

Otto held no grudge or jealousy towards his brothers or parents. At the time, he felt no hate nor envy, nor any discernible emotion for that matter. Although Otto couldn’t understand a thing they were saying, his brothers still interacted with him as patiently as they could. And besides, it was only natural that his parents would be emotionally exhausted.
If he were in his brothers’ shoes back then, Otto wasn’t sure that he would’ve been so kind to such a strange family member. For that, he was grateful to them.

While sounds could not reach him, written words still made communication possible.
It was his older brother who first discovered this while reading a book out loud to Otto.

Of course, learning to read and write proved extremely difficult.
Otto couldn’t register the sounds needed to understand the words, so it took him ten times longer than an ordinary child to memorize the sequences of letters.
Nevertheless, it didn’t bother him. And sadly, this was because Otto lacked the sensibility to be distressed by that fact, having no concept of what life was supposed to be like for normal children.

{――Thank you, for everything}

He could still vividly remember the tears streaming down his parents’ faces as they hugged him when he wrote these words on a piece of paper and showed it to them.

He didn’t completely understand the concept of gratitude, but he figured it was something he ought to do. That was young Otto’s decision, and when he wrote down these words out of that sense of obligation, a flutter was born in his heart.

――That might’ve been the first time since birth that he’d cried so loudly. And indeed, it was like his second birth-wail.

It wasn’t long after Otto’s second birth-cry that he started discovering patterns within the once incomprehensible chorus of hell.
And, little by little, Otto found that he was able to sort and selectively block out the myriad of noises assailing his eardrums.

It was around Otto’s eighth birthday when he became capable of completely separating himself from the ambient noises at will.
Otto was now practically a healthy child, and, like rain falling on an arid desert, he greedily soaked up everything he could.

Otto had already lost the chance to learn most of the things an eight-year-old would need to know, so although he had diligently poured his time into learning to read and write, his comprehension level was still far behind other children his age. But, using his newfound concentration as his weapon, Otto closed that gap in no time.

From there, Otto Suwen’s hidden potentials bloomed.
He was no longer falling behind his brothers. Or rather, his comprehension and intelligence even surpassed them. With his exceptional ability to learn, Otto soon distinguished himself among his peers――

――and spectacularly botched his interpersonal relationships, leaving him friendless.

[Otto: How could everyone live in such a difficult world like it was nothing?]

Otto muttered, hugging his knees, his cheeks red and swollen courtesy of the girl he had a crush on.
At ten years old, Otto was diligently studying so as not to shame himself as a merchant’s son. Most children of that era didn’t have access to education at such an early age. So Otto was certainly privileged to be able to spend his days alongside his peers this way.
The only problem was that Otto’s emotional and mental age were both seven years behind other children his age.

Otto never had a chance to make the mistakes most children should have made, so, now that he was able to, naturally, he made them all. While he would’ve been forgiven if he’d done this when he was younger, since Otto was way past the age to be making such mistakes, the result was utter bafflement all around.

To make matters worse, Otto Suwen was a boy perfectly blessed with bad luck.
If you ask his parents, then Otto’s misfortune began immediately after birth when he almost drowned in his first bath. And despite everyone’s best efforts, he’d always be tumbling down stairs, hit by bird poop, drowning in puddles, and generally beset by misfortune.
The reason he wasn’t aware of this at the time was because he’d never developed a concept of what misfortune was.

Looking back on it now, however, Otto shuddered at his own history.
What did he have to do in his past life to be so abandoned by fortune?

It was around this time that the noises Otto was consciously blocking began to change.
And the once senseless chorus became imbued with meaning.
Although he still couldn’t understand most of what he heard, in his efforts to transform confusion into comprehension, Otto discovered the true nature of the hell that was his early childhood.

Apparently, he could communicate with non-human creatures.
Eleven years after its manifestation, Otto Suwen realized that he had this ability called the “Divine Protection of Anima Whispering”.

After that, hoping to discover the limits of the power bestowed upon him, Otto went all around town testing his Divine Protection. Over repeated bouts of trial and error, he found that the more intelligent the creature, the more clearly ideas could be communicated between them.
Then, he spoke with the family ground dragon in front of his older brother and confided that he’d had this ability since he was an infant.

Possessing a Divine Protection meant being blessed by the world, but not everyone welcomed the holders of such powers. It’d be one thing if the Divine Protection benefited many others, but Otto’s ability only applied to himself, and one could easily imagine all the childish mischief it could be used for.
Conceding this much, Otto nodded to his worried brother’s suggestion.

After promising his older brother, who had gone pale and was averting his eyes, Otto resolved to let no one else know about his Divine Protection.
His power was dangerous, not only to him, but to those around him as well.
A sense of duty lit up inside young Otto’s heart: he must protect his beloved family.

Three days after making his promise to his older brother, his Divine Protection of Anima Whispering became common knowledge, and all his peers shunned him entirely.

His younger brother caught him talking with the family ground dragon, and Otto reluctantly told him about his Divine Protection. Otto also told him about his older brother’s concerns and that the power was incredibly dangerous.
The next day, his younger brother dragged him in front of a huge group of kids in order to show him off. They watched him talk to a bug, and, for the first time in years, Otto saw hell again.

The downside to the Divine Protection of Anima Whispering was that he needed to use the other creature’s language for communication. Simply put, for Otto to talk to a ground dragon, he would have to bray like a ground dragon, and, to speak to a bug, he’d have to chirp like a bug.

It took only an instant for the name “Zodda-Bug Boy” to stick.

From that point on, Otto was determined to seal away his Divine Protection, never to use it again. It would be several years before he managed to undo his tainted reputation and erase that accursed memory from everyone’s minds.
When he finally achieved this, Otto was the impressionable age of fourteen.

Being fourteen, all excuses for his mental immaturity stopped working. His body was steadily entering adulthood, and when his limbs had fully grown out, Otto could even be described as rather handsome.
Grey hair, and somewhat luckless, tender features. Mild eyes, and a disposition to put his all into everything he did. Young Otto had grown to possess surprisingly many characteristics that tickled the maternal instinct, and just when he, like any boy his age, began taking interest in romance――

He made an enemy of the daughter of the most powerful figure in town with his Divine Protection of Anima Whispering, and was banished.
That was the winter he turned fifteen.

(The amazing fan art is by Kabarimono Kabu!)